Return of the Earthers: Seers of Verde, Book 2 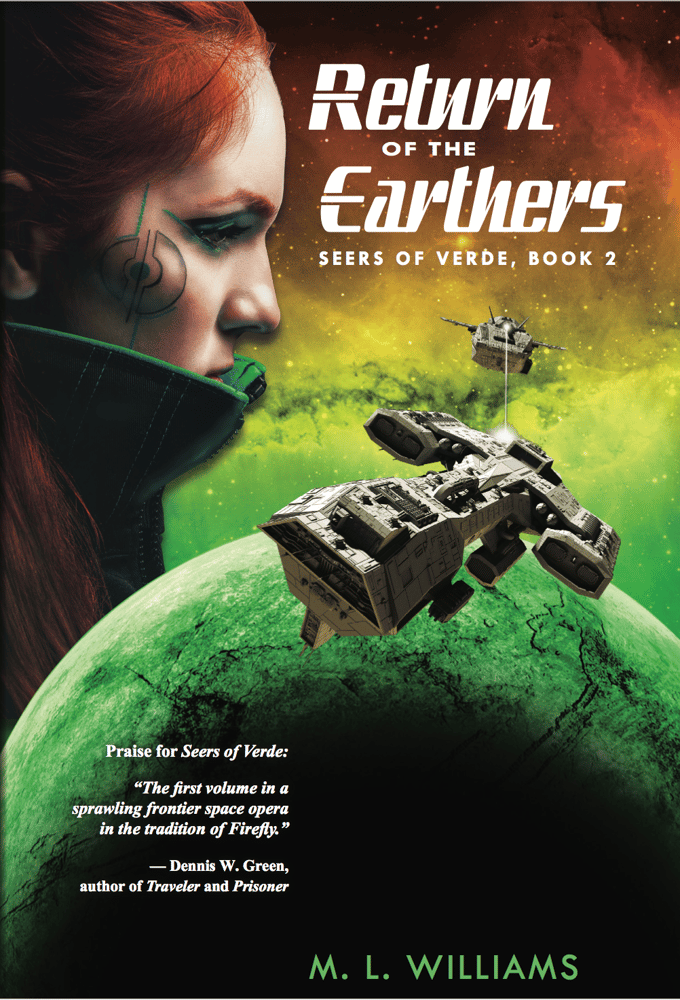 Aron Nels has challenged 19 enemy warriors to death duels. If he fails, the truth of the tragic events at Temple Darya will never be known. The lone surviving Defender of the Nuvens is unaware another force is working against him — the powerful Seers who have kept their people safe from space marauders and the Nuvens for centuries.
——
Willa Sydriker fights to free her world from the yoke of the Tanlians. To do this, the young woman has to convince her people to back a daring plot to hijack the space marauders’ transport ship. If successful, she has to find and convince their former enemy — the “Earthers” — to help their cause.
——
Gerro, captain of the Tarylan Guards, has committed an act of treason against the Seers. The bastard son of an estranged Seer and unknown father must cross the treacherous mountain to find his mother in the Valley of the Heroes, home of the Defenders.
——
Jorn Nandez, a captain in the “Earther” space fleet, dreams of returning to the planet his ancestor helped bioform. No one has been in contact with the former Earth colony world for more than 300 years after it apparently was abandoned. The fearsome Tanlians stand in his way but even they avoid the mysterious “ghost world.”